Rampur is a pride of Indian history. As much as history of Rampur, the Nawabs also stand pertinent to the city. Rampur and its Nawabs have created a long lasting impression on the nation’s culture and ideology. The city was formerly a princely state during the British rule in India. It was ruled by Rajputs, Marathas, Rohillas and Nawabs and was state by itself before independent India. Before it was consented to the Indian republic in 1947 and came together with the united provinces in 1950. 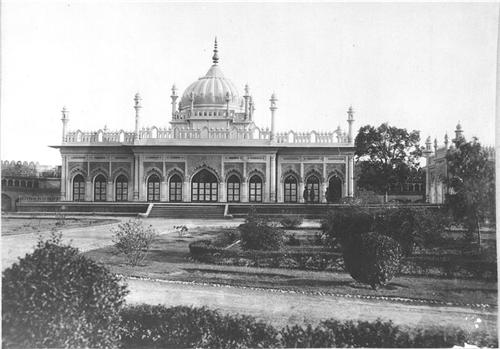 Irrespective of its religious background and diverse history, the district is called by the name Rampur, which is one of the common names given to most of the cities in the country. Rampur is a district comprising a group of four villages and was called Katehr. During Nawabs' reign, the first ruler, Nawab Faizullah Khan proposed to rename the city as Faizabad, but many other places in the country were given the same name, so it was changed to Mustafabad and was also commonly called as Rampur.

The known royal history of Rampur dates back to twelfth century, outset with the rule of Rajputs and ends with the last legacy of Nawabs.

In the middle of the twelfth century, the Rajputs established themselves firmly in the Bareilly and Rampur region of the northern India. Rampur was earlier named as “Katehr” in their presence. They fought against Delhi and with Mughals for 400 years, but finally defeated by the latter. The Katherias are noted for their distinct role in persistently fighting against Delhi until as late as the time of Akbar. The origin and the rise of Katheria Rajputs in this region always remained unknown and a matter of controversy.

The rule of Rajputs was brought down by the Delhi sultanate at the beginning of 13th century. The kingdom of Katehria was divided by the Mughals into two provinces namely Sambhal and Budaun. The capital was changed to Bareilly from Budaun, which increased the importance of Rampur. Katehr’s dark and dense forest and its inhabitant wild animals served a perfect shelter for the Rajput rebels. There were frequent Rajput rebellious attacks in Katehr during Sultanate rule, an attempt to clear the forest completely did not stop them.

Rampur a part of Rohilkand

Mughal emperor Aurangzeb Alamgir, in order to suppress the Rajput rebellions, awarded the region Katehr to the Rohillas, who were the Pashtun highlanders of the Yousafzai tribes from Pakistan and some part of Afghanistan. He appointed them in respectable positions at his court and hired them as soldiers into his army. In this way, Katehr gained fame as Rohillakhand. After Aurangzeb (1707), Rohillas themselves invaded the neighbouring cities and established their power in Bareilly, Rampur, Rudrapur, Champawat, Pilibhit, Khutar and Shahjahanpur and marked their empire in the name of Rohilkhand.

Rohillas, who regained their power, decided not to pay Nawab of Awadh and reneged on the debt they owe to him during the war. This made Nawab of Awadh with the British government under the Governor-Warren Hasting defeat and drive out the Rohillas from the Rohillakhand in the second Rohilla war. There began the legacy of the Nawabs in Rampur. 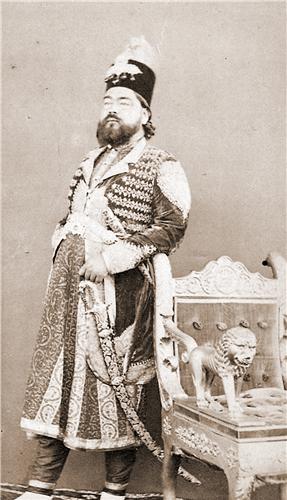 The city of Rampur was established by Nawab Faizullah Khan on 7 October 1774, with the acceptance of British Commander Colonel Champion. He renamed the city as “Mustafabad”. Being a great scholar he initiated the collection of precious manuscripts in different ancient languages like Arabic, Persian, Urdu and Turkish, which are now adorned as treasures in Rampur Raza Library. He ruled the region for about twenty years. His son Muhammad Ali Khan succeeded him, after his death and was in the reign for a very short period of 20 days before being deceased by the Rohillas. Followed by several Nawabs in the consecutive years, Nawab Kalb Ali Khan was one of the remarkable rulers of the time, after Nawab Faizullah Khan. being a scholar himself, he made tremendous contributions to the Rampur Raza Library through his manuscripts and paintings. He built the Jama Masjid in Rampur at the cost of 300,000. He ruled the region for about 22 years and 7 months. Nawab Mushtaq Ali Khan succeeded him after his death, followed by Nawab Hamid Ali and then the Nawab Raza Ali Khan, who became the last ruling Nawab in 1930.

Rampur was no better than any city under the dictatorship of British Empire in India, but the mutual concern between the Nawabs and the British, gave the city more credits. Nawab Hamid Ali Khan appointed W.C Wright as his chief engineer. He built universities and public buildings in Rampur with the blend of European architecture to the Indian bricks and sand. Nawab of Rampur supported the British during the first war of Indian Independence, and in turn this favoured them to influence the social, economic and cultural life of Rampur and also invade cities and extended their boundary with the help of East India Company.

After Independence in 1947 Rampur district united with the republic of India and joined with the united provinces in 1950. Nawabs were stripped royalty of their powers and they were allowed just to hold the title. Naghat Abedi and her brother Mohammad Ali Khan, the grand children of Nawab Raza Ali Khan, would have been considered the direct heirs of the present but almost ruined properties, if rules before Independence were still followed, but disputes have erupted within the family on the possession of the property after Independence and changes in law.

Meanwhile, the affiliation of Nawab with the government has never ended. The Nawabs always believed that they should never stop by just presenting their votes to support the government, but to be a part of it themselves. Nawab Zulfiquar Ali Khan, another grandson of Nawab Raza Ali Khan, was elected four times and represented Rampur in the Parliament. 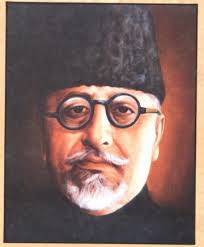 After his death, his wife Begum Noor Banu had been also elected several times as a member of Parliament for Rampur in UP and their son Kazim was elected for UP legislative assembly from Suar Tanda constituency, in the district of Rampur.

The Pride of Rampur

Rampur is prominent and special for reasons. It is the first princely state to unite with the republic India; the famous freedom fighter Maulana Abul Kalam Azad was the first parliamentary representative from Rampur, and unlike its neighbouring cities, Rampur with highest Muslim population (almost 50%) has never witnessed any major Hindu-Muslim riots, even after the Babri Masjid demolition in 1992. It also has the pride of being the only place after Delhi’s Rajghat to preserve Mahatma Gandhi’s ashes.