Rampur can be best explained with its taste. The discrete tastes from the spiciest korma to the sweetest halwa are cherished around every nook and corner of the country in the form of Rampuri restaurants. Even though the city is forgotten in this revolving world, the recipes stand alive with its characteristic aroma and taste. To spill some beans about this cuisine; the unique and native taste is brought in by the method of using some special herbs and spices in exact proportion and cooking the dishes at low flame for several hours and also by using cooking utensils traditional to Rampur.

Rampuri cuisine is essentially a “courtly cuisine” that evolved along with its sultans and their taste buds. It is a blending clout of Mughlai, Awadhi, Afghani, Rajput and other cultures. Even the British have an impact on this cuisine culture. This evolution was also a natural outcome of inhabitants and visitors from various parts of the world. 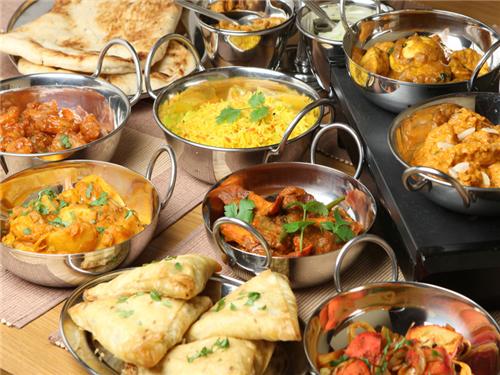 Nawabs fashioned their menus to suit individual zest. They treated the royal visitors with recipes created especially for them. The visitors' choice to the use of various ingredients in various combinations brought the difference to this culinary tradition. And this cuisine also took more glorious turns when the royal cooks from various places came as refuges in the city.

The smell of rich meat and chicken dishes, eggs and ginger from Rampur kitchen, reflects that the winter is on trial. During summer, delicately flavored dishes and desserts are prepared and served in the royal house to its visitors. The season for mangoes is cherished in Rampur, as the orchards flourished with mangoes that are squashed into aam ras (mango juice) and are served proudly naming it as Samar behisht.

Rampur will celebrate the taste of kebabs. These are crisp, soft and spicy pieces of fish, mutton, chicken or a vegetable roasted or grilled in a skewer. It is no wonder if the city brags about these kebabs as their pride because it is worth it. To start with, let it be a Murg Chapli Kebab, the chicken dumplings flavored with spices or the vegetarian Kamal Kakri Kebab, a lotus stem cooked with special herbs and flavors, every hundreds of these different kebab are cooked in their unique way and each have their unique taste and not one tasted similar to another. Not to lose even a pinch of its native taste, these kebabs are cooked in the traditional vessel made in Rampur.

The Lip-smacking Kormas in Rampur

Mutton Taar Korma is another delicacy from the royal kitchen. These korma dishes get their taste from the magical hands of the royal chefs. It is also believed that, this exquisite dish tastes good only when cooked with Rampur’s water and this belief is well rooted that people from various parts of the country order water from Rampur to prepare this dish.

Rampur chefs present innovations in their plates in the form of desserts. Mirchi Ka Halwa (a dessert made with peppers) Aloe Vera Ka Halwa (a dessert made with aloe vera) are the brain children of Rampur. Halwa is the famous sweet in Rampuri cuisine. It accompanies every course meal. Adrak Ka Halwa (halwa made with ginger) is an ecstasy of royal cuisine. Apart from this, desserts like Gulathi (Rampuri rabri), Kemami Sevian (vermicelli with dried fruits and nuts) and Shahi Tukra (bread pudding) will kindle your appetite for more. But nothing can beat Motiya, with an unmistakable flavor of pistachio in this rice pudding. 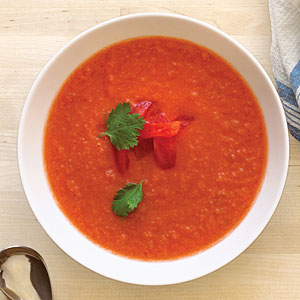 There is a misconception that Nawab’s recipes don’t sound romantic for vegetarians, but Rampuri cuisine has kept its pace along with the evolution in bringing out new and different vegetarian dishes especially hundreds of varieties of kebabs and kormas. Kebabs are made even with not-so popular vegetables like Matar (peas) and Kele (banana/ plantain), Aloo kebab (roasted pieces of potatoes) Tomato Shorba (Thick gravy of tomatoes), Matar Biryani (Rice cooked with Peas and vegetables) are some of the other vegetarian delicacies introduced by Nawab’s chefs.

The Secrecy killed the Legacy of Rampur Cuisine

The Khansamas, as they are commonly called in Rampur are the royal chefs, have revealed only a portion of the secrecy in this heritage cooking, to the world. Chefs around the country believe that the recipes rolling around in the name of Rampuri cuisine are the evolved versions of the royal cooking but not the same. Still there are parts of cooking lessons to be presented by the Khansamas to the world and hopes continue that the descendants of these royal chefs will reveal it.